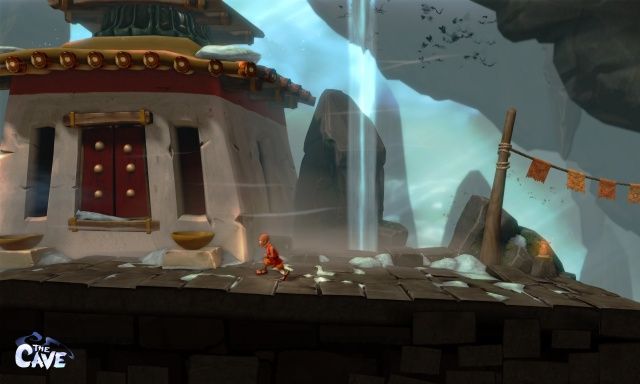 Over the years, I've thought about it - ideas popped up in my head and I've changed it a little, but when I started making it a just couple of years ago for real, that's when it changed [ from ] just being three characters into being seven characters. And those seven characters, I spent about six months or so in the early design, just filling the whiteboard in my office with every possible character that I could think of. Then when Sega came along and the idea was signed and we really started going into the design, I sat down with JP - who was the other designer on the game - and we just went through that list on the whiteboard and we pared it down to the seven characters that are in the game.

In many of your games, bad things happening to side characters as the result of player actions seems to be a bit of a recurring element. What is it that you think makes this appeal to gamers? Bad things happening? You know, I think there's always, any time you're dealing with any kind of story, any tension is kind of necessary at some level.


It's always hard to make really bad things happen to the main character because the player identifies with them quite a bit, so it's going to be easier to have that on the periphery. But you know, with The Cave, one of the things I really wanted to explore was having these characters that just kind of at their core, they were bad people - they were not nice people, and that was kind of a fun thing to creatively play around with.

I imagine it would probably be next week. We're into the review process with Apple, which takes forever for them to get around to doing that. We're in that process now, so I would imagine it's probably going to be next week.

Ah yeah, that was by design. We wanted to have some of the characters be able to circumvent certain things, and having the Time Traveler be able to teleport through doors, and having the Monk be able to grab things that were out of reach, that was really by design. To empower players by feeling like they're coming up with their own creative solutions? Yeah, and you know when you play the game a second or a third time, you find solutions to puzzles that maybe you hadn't found.

Maybe you played the monk the first time and you used his ability to get around something, then you play it a second time without the Monk, and now there's a new series of puzzles that you need to solve. The Cave's character arcs seem to happen almost entirely outside the normal gameplay, in some ways separating character outcomes from the completion of the game itself. With the characters' turning points being so subtle within the game, are you concerned that gamers might miss some of the key aspects of character development?

I'm not really concerned about that, necessarily. There're always these two levels that are happening there's kind of the game itself, you know - running through the game and solving the puzzles, and then at this second layer is all this story and that goes on with them. Some people care about the story, and some people don't, so you want to make it so that people who care about it can explore it and learn about it, and people who don't, don't really need to.

You know, I've never been a fan of taking a story in a game and just completely shoving down the player's throat and forcing them to watch it or forcing them to understand it. It should just be something that you can like and enjoy if you want to. 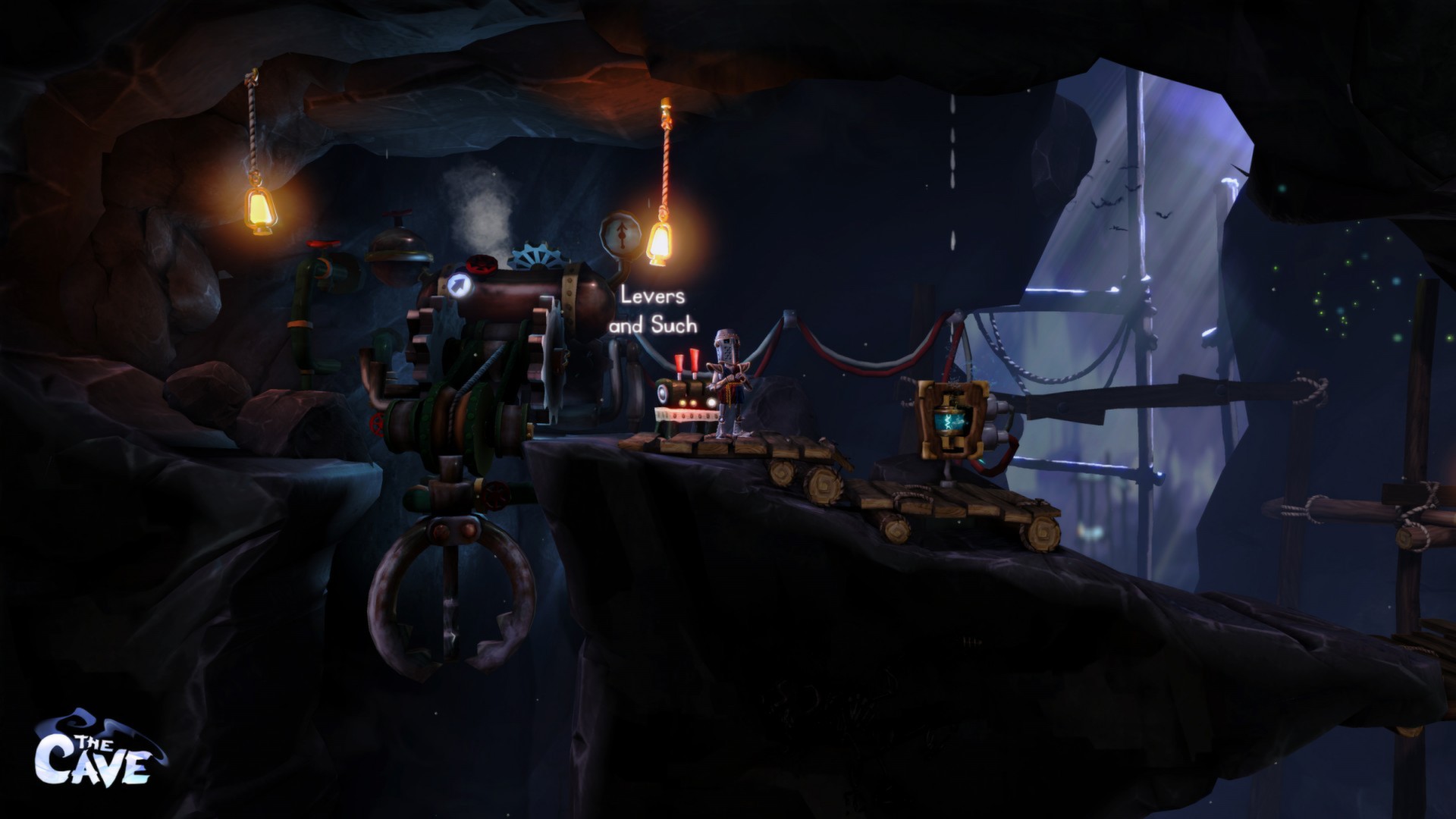 Do you see them as a distinct genre, or an aspect that can exist in other types of games. Well, I do see them as a distinct genre, but you know, there are a lot of aspects of adventure games that can be found in other genres. I've always thought of adventure games as being very heavy on storytelling and puzzle solving, but you do see that creep into other games as well.

I do see them as a very distinct genre, but it is a genre that's very hard to pin down. It's like, I see a game and I know whether it's an adventure game or not, but I don't know that I can really tell you why. It's a really brilliant game, but I don't consider it an adventure game. It's really hard for me to say why that actually is. Well, I mean, there's kind of an unlimited number of stories because you have those seven characters, and you could do it again with just seven new characters that go into the Cave, so I think there's a lot of room to explore different aspects of different characters going through the Cave.

The secret of The Cave What characters might feature in a hypothetical series two? Well, there only are seven characters, so I guess series two would probably be from a sequel if there's ever a sequel to The Cave. Lightprayer on the forums asks what sort of stuff are you likely to be doing in the future? I think in general, and also jfrisby on IRC asked whether or not you were intending to stay with Double Fine longer term.

You know, The Cave was a fairly long, couple year project, and right now I'm just taking some time off. I always like to take some time off and clear my head and just start thinking about other things before I really figure out what it is I want to do next.

Oh no, there's been an error

So, I won't really focus on any of that until I've got some rest. Mimness in IRC says that she was impressed with the gender balance within the game, with half of the characters being female. Was that something you specifically aimed for, or was it something that just happened? Yeah, that was something that I specifically wanted - to be able to have half male and half female characters. The other thing that I really wanted was there to be seven characters mainly because of Maniac Mansion, and I wanted to call back to that.

But because I wanted this equal balance of male and female characters, and there were really seven characters, that's really where the Twins came about, because I could create this little boy and little girl and keep the gender balance the same. So, as we were going through paring the list down How did the choice to take this approach come about? You know, I think that's just a story thing, about the characters learning the lessons - or not learning the lessons from their journeys into the Cave.

But I think players always impart that, I mean any story, whether you're watching a movie or reading a book or playing a game, you are learning something from the story, you know. You're learning it through the characters and what the characters themselves are learning and experiencing.

Ron Gilbert talks about The Cave

So, you know, in some ways they're kind of intertwined quite a bit. I haven't had a lot of involvement with that because I've just been completely focused on The Cave, you know, for the last couple of years. So, other than just some very short conversations I've had with Tim about it, I've been mostly focused on The Cave. Least favourite character? Wow, nobody asks me that. My favourite character is definitely the Knight. I really like him. I really like the whole castle that he goes into, and I like his story quite a bit, so I think my favourite would probably be the Knight.

Least favourite? Umm, you know, I'm going to have to go with the Adventurer. Umm, I don't know. I think that she's kind of a stock character in a way. You know, she's kind of an Indiana Jones a little bit, and maybe she's probably not as interesting. She doesn't have quite the flair that a lot of the other characters have. Well, when doing adventure games, you know, the very first thing I start with is the world.

What is the feeling of the world? You know, in The Cave, it was obviously the Cave. In Maniac Mansion, it was that house, you know, that's really where that whole thing started. For Monkey Island, for me, it really started with loving the Pirates of the Carribean ride and just wanting to live in it at some level. So, I always start with the world, and then the next thing that I do is just a general story, for kind of what's going on.


You know, maybe like a one page story. For The Cave, it was these quick paragraphs on the characters and who they are and why they're going into the Cave.

Seven characters in search of a… cave 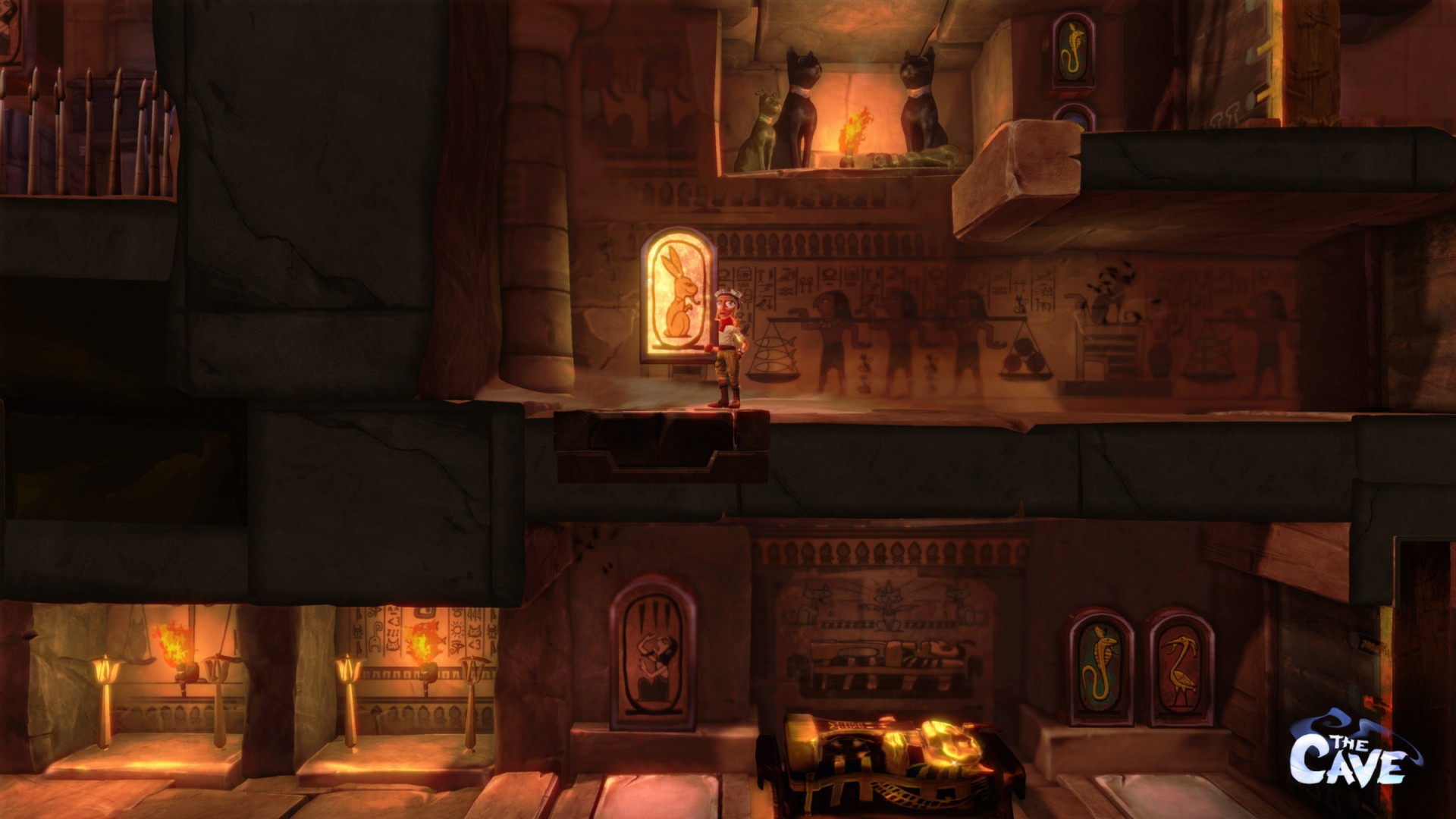 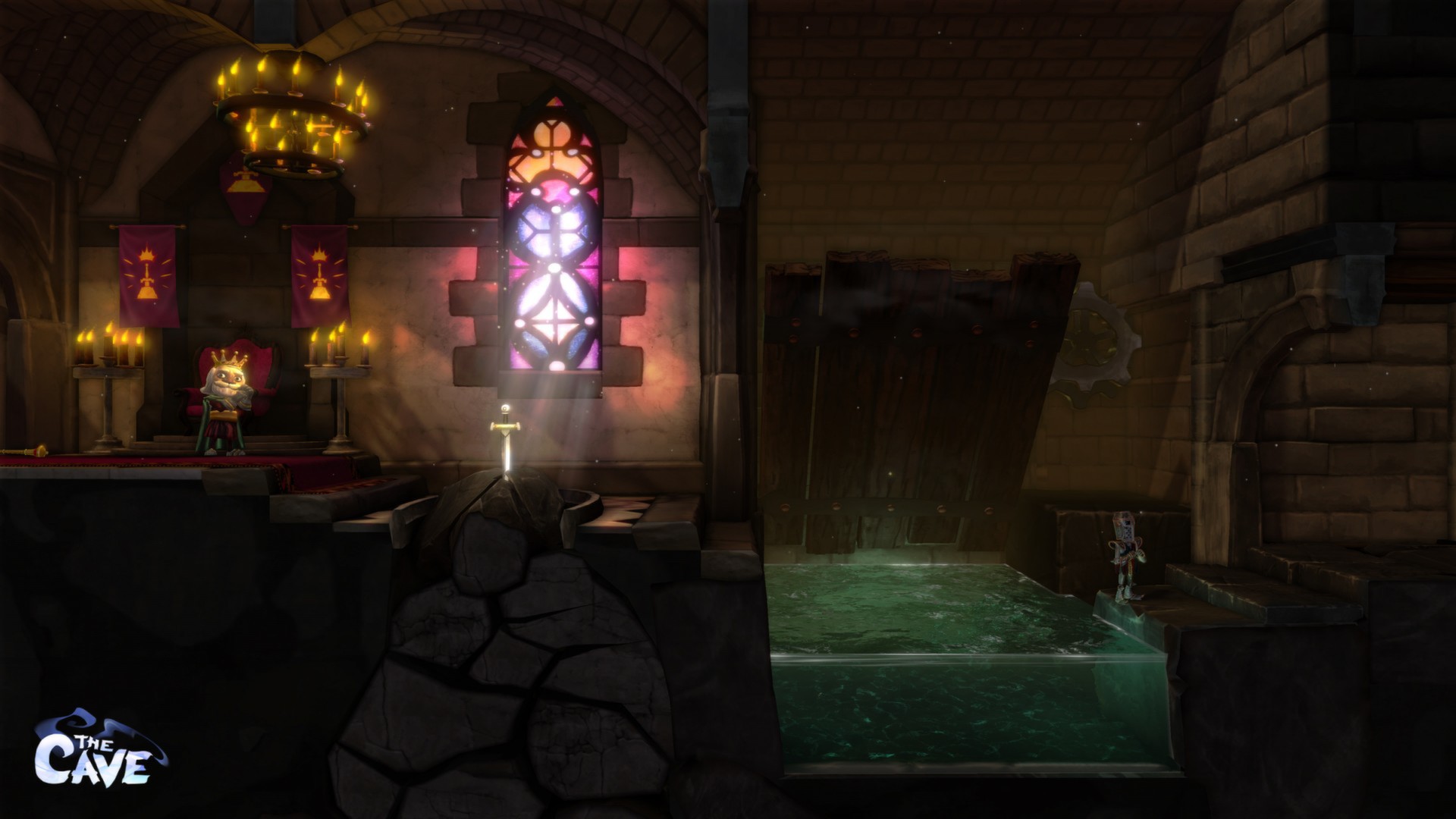 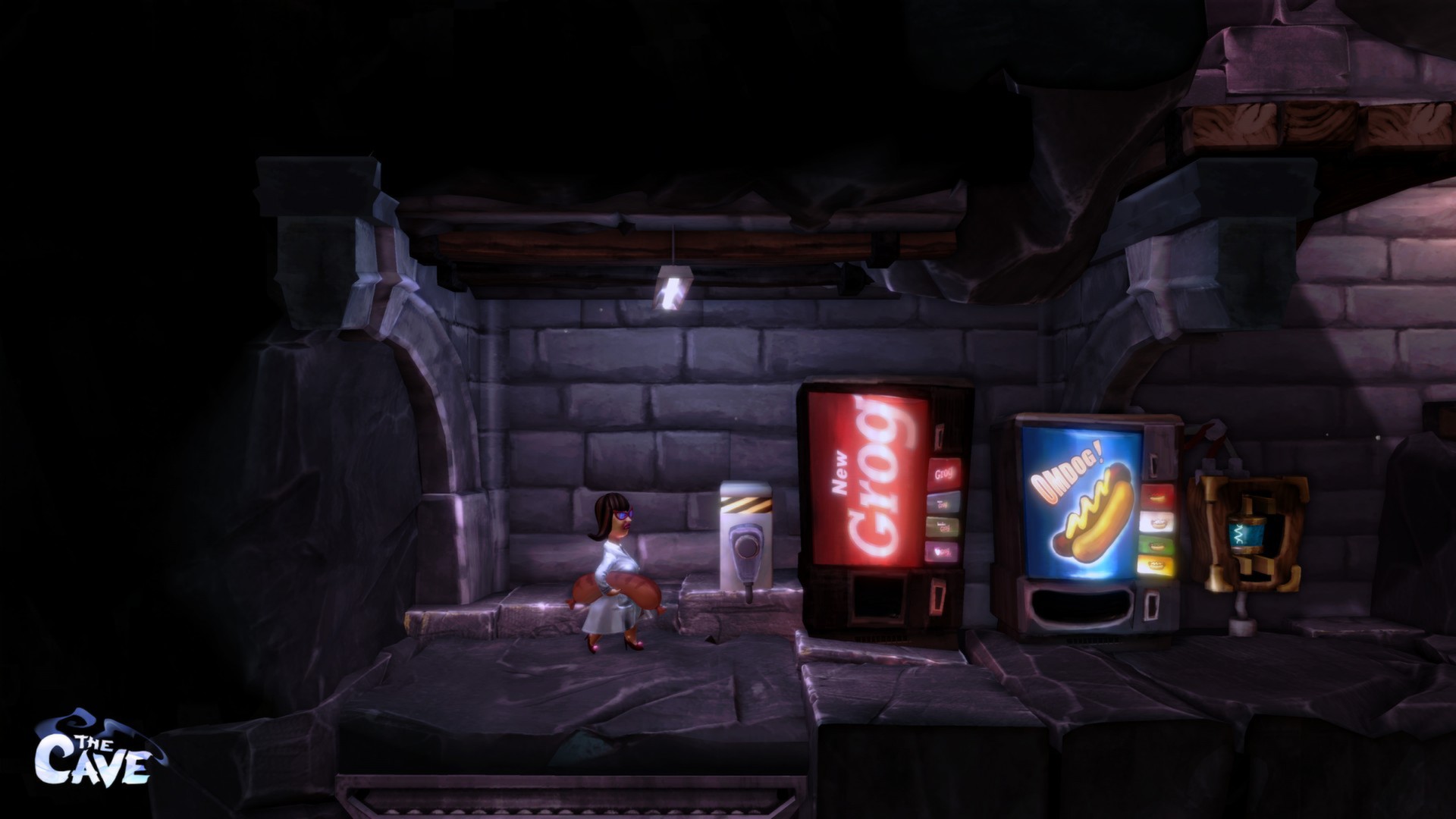